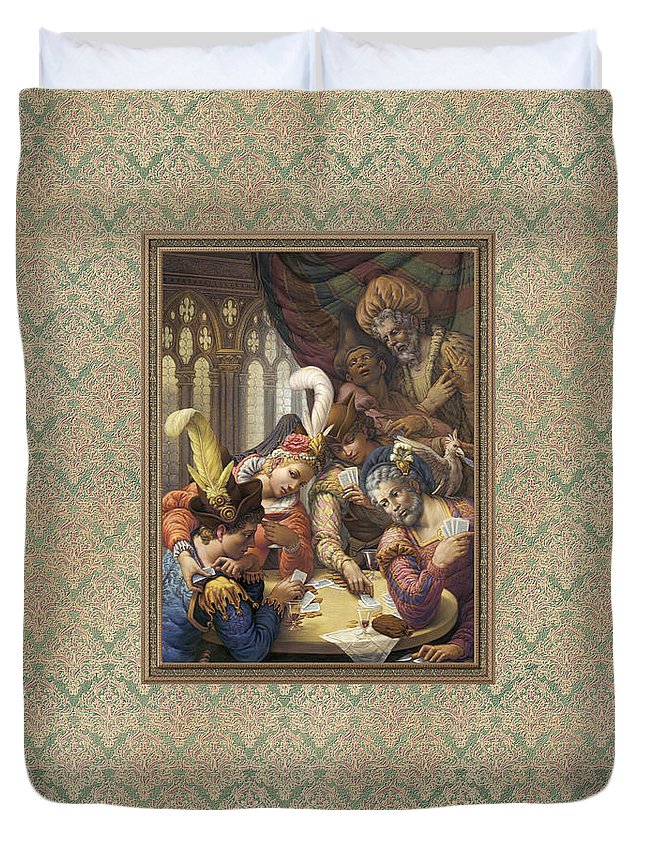 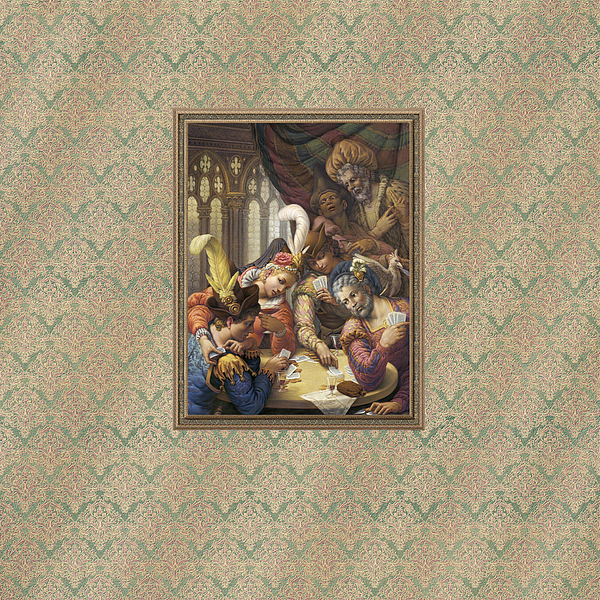 Boundary: Bleed area may not be visible.

Click and drag to re-position the image, if desired.

The image is near the edges of the product but doesn't cover the entire product.   Some of the background color may appear around the outside edges of the image.

Queen duvet cover (88" x 88") featuring the image "The Card Players" by Kurt Wenner. Our soft microfiber duvet covers are hand sewn and include a hidden zipper for easy washing and assembly. Your selected image is printed on the top surface with a soft white surface underneath. All duvet covers are machine washable with cold water and a mild detergent.

This composition of card players features characters in colorful commedia dell'arte costumes in a Venetian-inspired setting. Card playing became a popular theme for painting by the early 17th century and usually depicted one of the players being duped. In this composition all of the figures are cheating in various ways, even using the animals as accomplices.